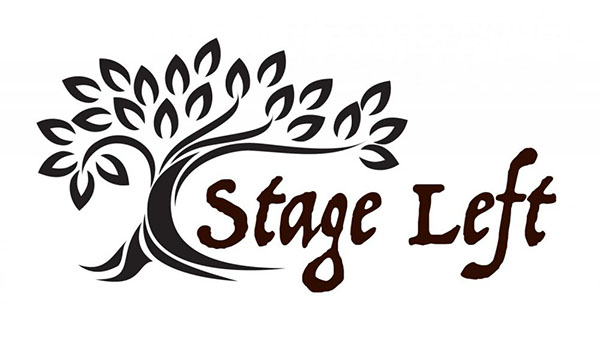 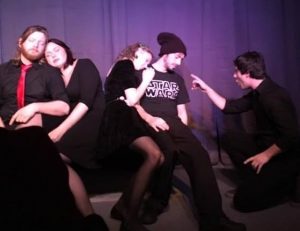 The company’s first official production, Shakespeare in Love Dinner Theatre, was held on two Fridays in February of 2017 at the Blu Moon Bistro in downtown Ludington. Local actors performed selected love scenes (some traditional, and some not so traditional) from Shakespeare’s most popular works while patrons enjoyed dinner. The event was well attended, with the second performance selling out of tickets. 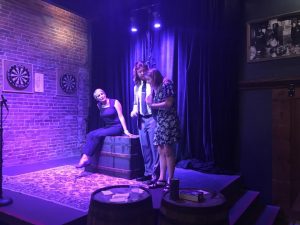 ShakesBeer: Choose Your Own Adventure Featuring Hamlet which was performed on three nights in June and July of 2017, featured an abridged, modern-language version of Hamlet where the audience was able to make choices throughout the show that affected the outcome and made each performance unique. Held at The Mitten Bar in downtown Ludington, admission to the event was free and a portion of sales from The Mitten and neighboring establishments, Barley & Rye and Sportsmans, were donated to Stage Left. 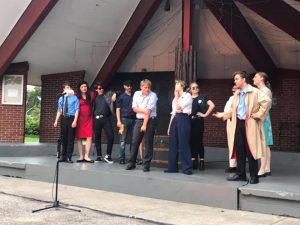 Stratford on the Avenue Theatre Festival

The annual Stratford on the Avenue Theatre Festival is held over two full weekends each summer at downtown Ludington’s Rotary Park. 2020 will mark it’s fifth season. This event generally includes a performance of a comedic, abridged version of a Shakespearean play followed by a more traditional, full length performance of a second play by Shakespeare.

Stratford on the Avenue is utilized by Stage Left to help raise funds for programs like our Youth Theatre Program, educational scholarships, and acting workshops.

Whose Tragedy is it Anyway? 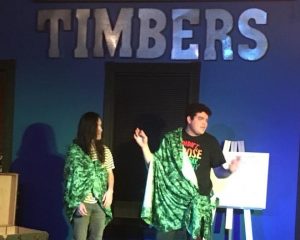 This unique 3-man show took audiences on a comedic, modernized romp through three of Shakespeare’s most popular tragedies. The production was completely improv-based and was held at Timbers Loft in Ludington. 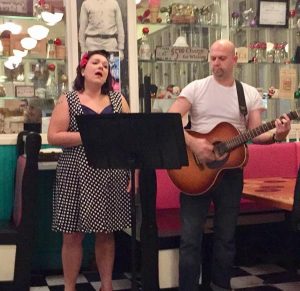 The King “Shakes” Up House of Flavors

This one-night event, held in conjunction with House of Flavors Restaurant’s annual celebration of Elvis’ birthday, included scenes from some of Shakespeare’s most notable plays performed in the style of The King, himself, and his #1 gal, Priscilla, by Joe Clark and Kara Rose. In addition, Stage Left company crooners toured the restaurant to perform favorite hits from the 1950’s. Featured performers included Adam Knudsen, Carlos Ortega, Dave Kosla, and Lexi Kosla. This show was free to attend and was produced by Stage Left as a thank you to House of Flavors Restaurant for their 2018 Premier Company Sponsorship.

Stage Left Theatre Company and House of Flavors Restaurants presented FREE Youth Theatre Workshops during the month of June that culminated in performances at the Scottville Optimist Clown Band Shell.

Mentor directors Kara Rose, Michelle Kiessel, and Joe Clark oversaw Student Directors who had already worked extensively with Stage Left as they taught workshop participants the fundamentals of acting and prepared them for the performance.